Huawei glory route ac1200m series, the difference between different models, I think it is about the following:

Glory route X1 enhanced version, which should be the full crab chip scheme of ws831, that is, CPU is also crab chip (rtl8197), and there is no USB interface. If the CPU of X1 enhanced version is replaced by Huawei's own Hisilicon dual core 1g, and a USB port is added, it becomes Huawei glory route ws831 For Standard Version, if you spray the standard version of ws831 with black and send a flat network cable to you, it will become the honor route premium version to be evaluated. If you supplement the power amplifier chip and four LAN ports on the honor route premium version, plus a crab's Gigabit switch chip, it will become the honor route pro.

If there is any mistake in the above description, please leave a message for correction. Thank you. 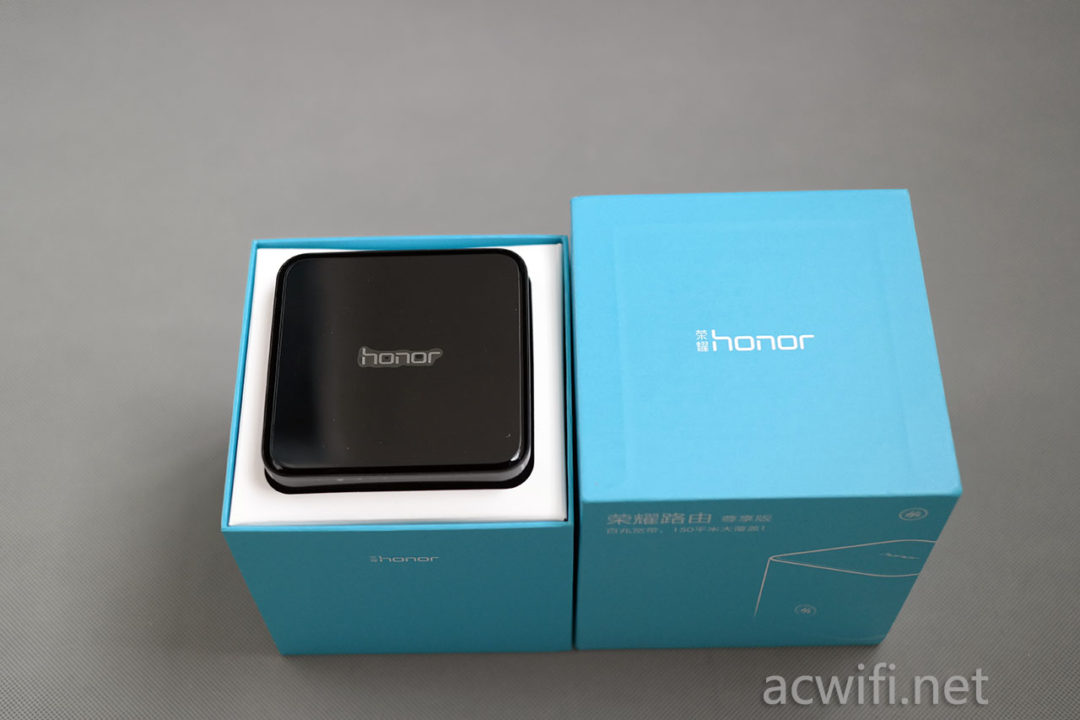 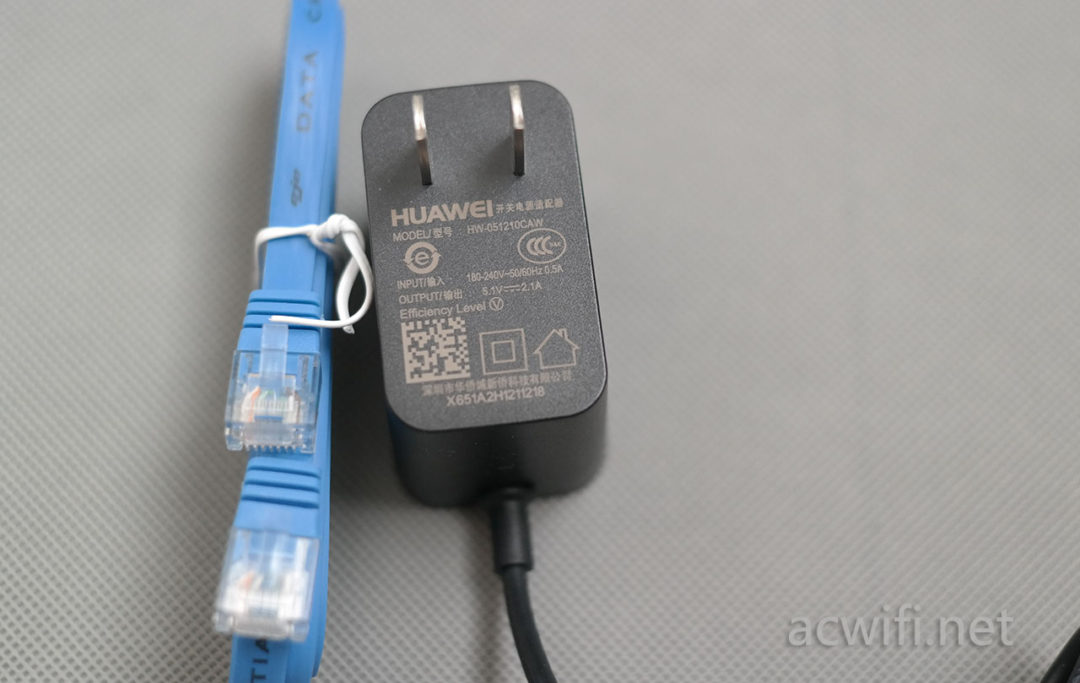 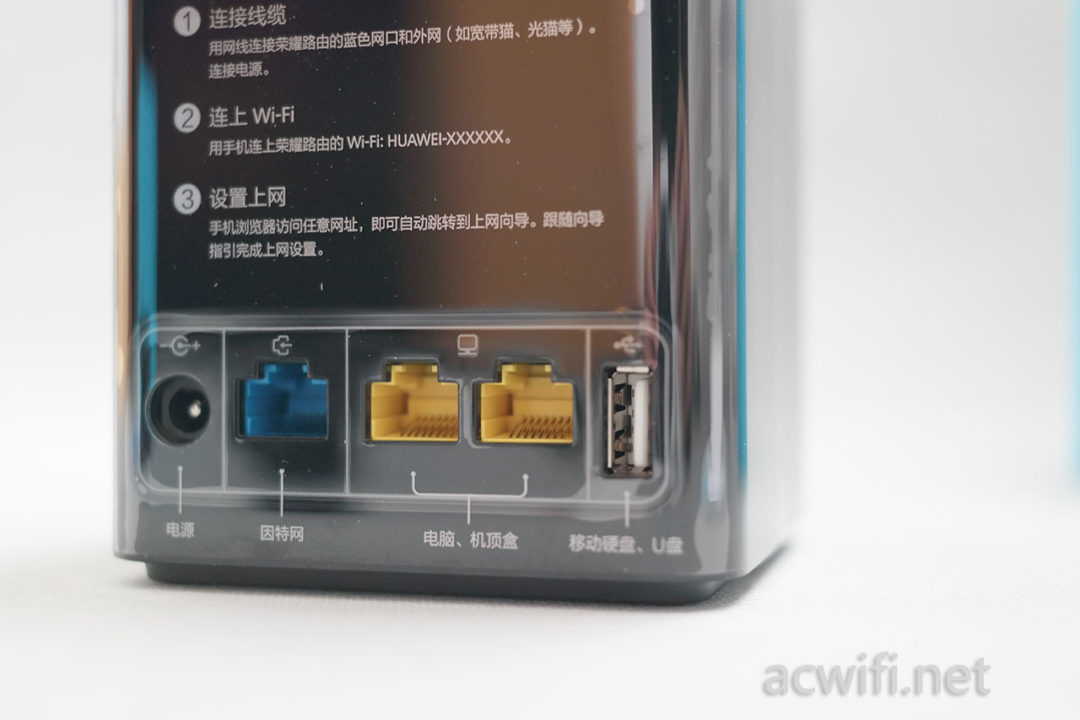 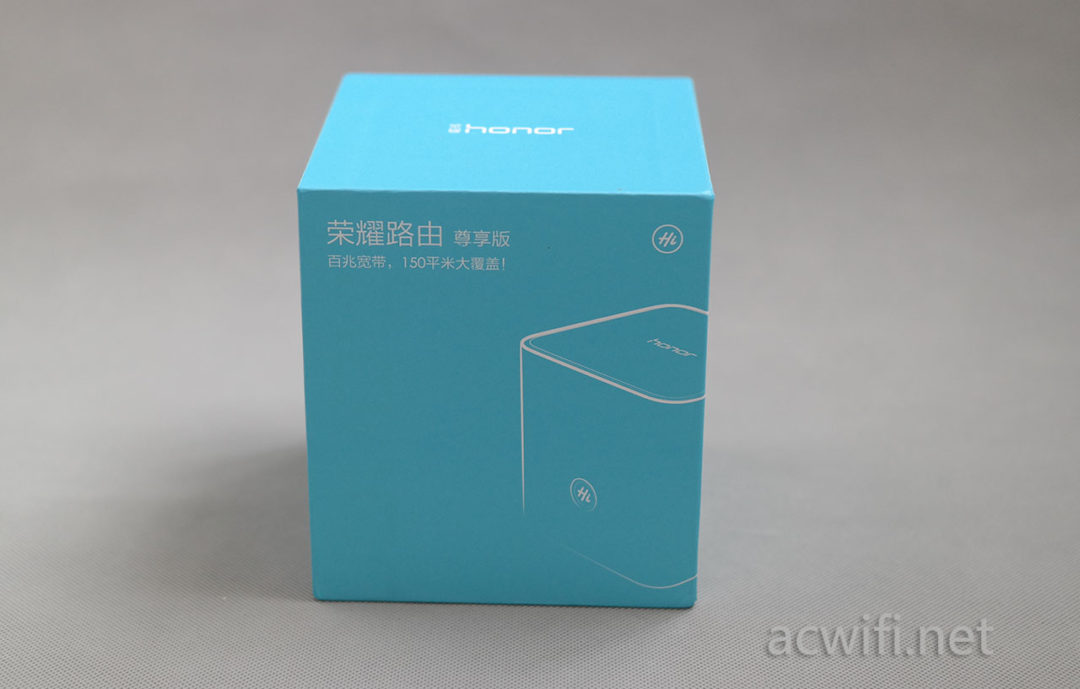 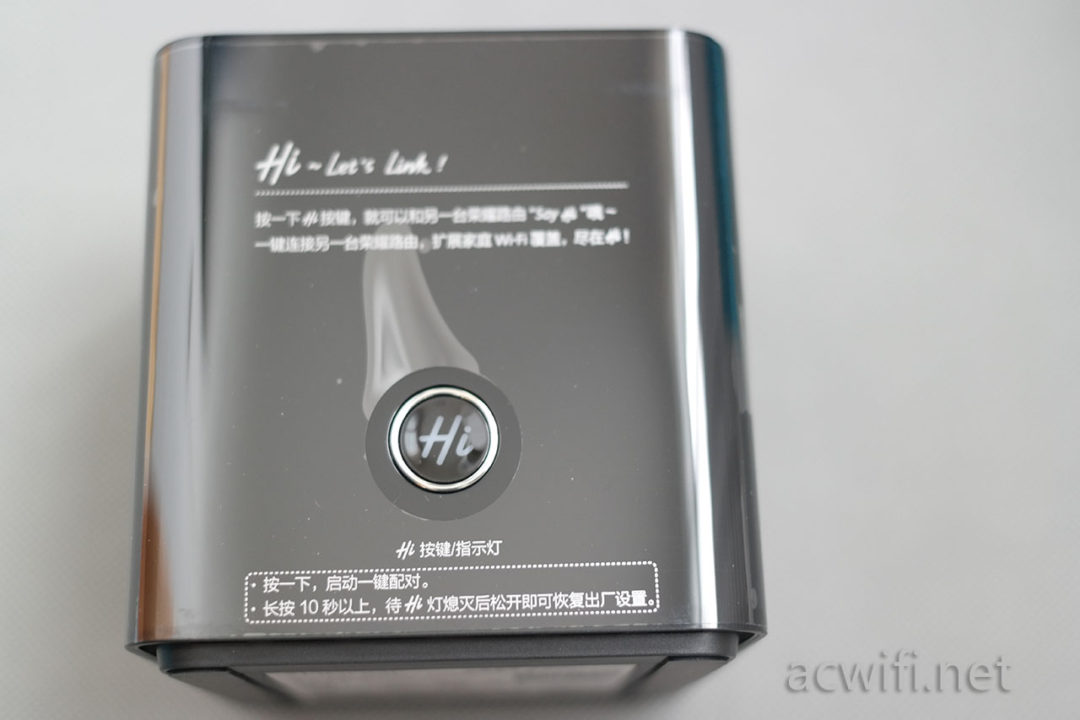 The power supply of ws831 is 5V 2A. If the power supply is broken or lost, do not plug in the 12V power supply of other routers. It may burn the circuit. I dare not try. In terms of interface, there are only two LAN ports, one WAN port and one USB2.0 interface. If there is a requirement for the number of LAN ports, this one is not suitable.

Because of the USB interface. So test the reading and writing speed of USB2.0 interface of ws831.

File sharing: after opening the file sharing service, you can access the data in the USB storage device safely and conveniently by accessing the network sharing directory.

The above is the instructions for routing USB. Only SMB does not have FTP, but this 100m LAN port and SMB protocol are enough. It's more convenient than Xiaomi to see the glorious USB device in my network neighborhood, even though I set ws831 to "switch mode". I use 1TB mobile hard disk for testing. Most people connect to the mobile hard disk. 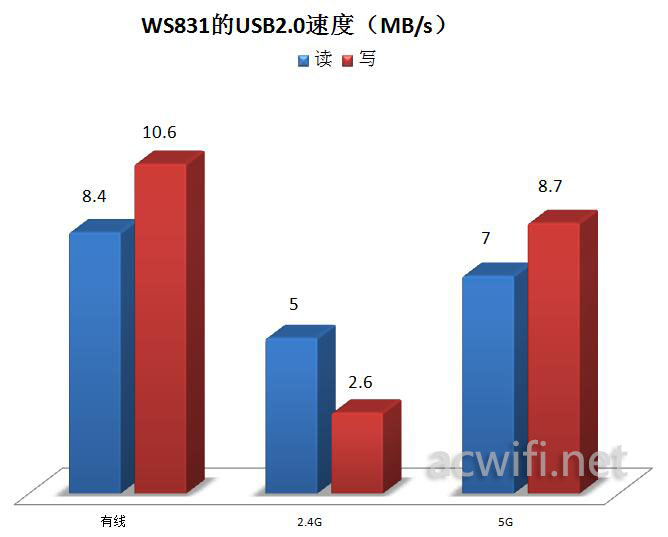 Isn't it a dual core 1g Processor. How about USB? 5g 867m. The speed of reading can't exceed 100 megabytes of network cable. I really shouldn't have. When I dial out the USB interface, I feel it is very hot. This router firmware is equipped with thunderbolt download Plug-in, but the download speed will not be high. The thunderbolt download speed of glory Pro has been measured before, and the speed is very unstable, sometimes 0, sometimes only more than 2MB. If you like the glory router, you should be able to accept its shortcomings.

The following is the description of thunderbolt remote download of glory Router: 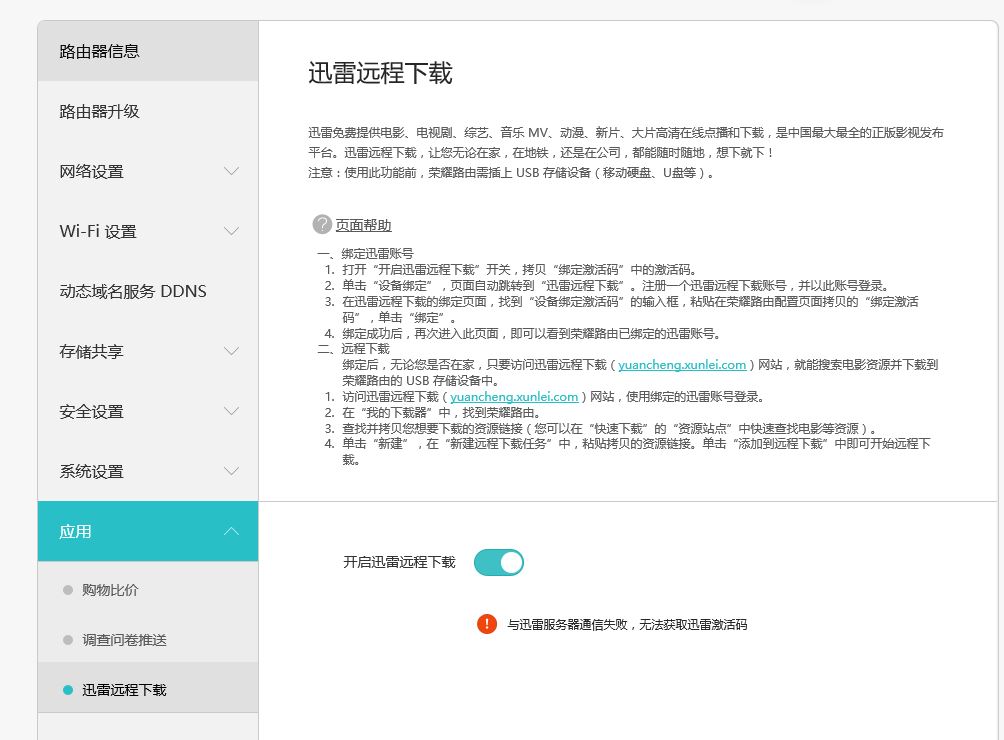 For the wireless router ws831 with 100m port, there is no need to test the wireless transmission speed. Because the limit value is limited by the speed limit of 100m, it is impossible to exceed the theoretical value of 12.5mb/s. The actual measurement is as follows:

g rate is not stable. Maybe it's too close, but I don't think many other routers have such a serious unstable speed. Sometimes it even reaches 433M. The measured wireless transmission speed is the same as the main 2.4G speed.

By the way, a wireless relay of ws831 adopts the "LAN port mode", that is, the router IP after the relay and the superior route are in the same LAN, which is better, benefiting from the device sharing and mutual access in the LAN. It will automatically turn off DHCP and change the IP address of the router without any change. The 2.4G name will be the same as the parent route, and the password will be the same. 5g wireless name is 2.4G name followed by "_5g". Simple automatic wireless relay settings. But after the relay works, it doesn't tell you what the IP address of ws831's router LAN port is. You need to use mobile wifi analyzer to check the LAN device or superior route to check its connected device to find out the IP address. Not right.

When testing the wireless transmission speed, by the way, I looked at its power, which is 3.4W in standby mode, 5.2w in 2.4G full speed operation, and 4.8w in 5g high-speed transmission operation.

To test the wireless signal strength, we must add another router for comparison. It's fisun K2, right. It's K2 again.

Put Huawei ws831 and fisun K2 in the WiFi position in the figure, and test the wireless signal strength of positions a, B, C and D. WiFi is on the second floor and D point is on the first floor. 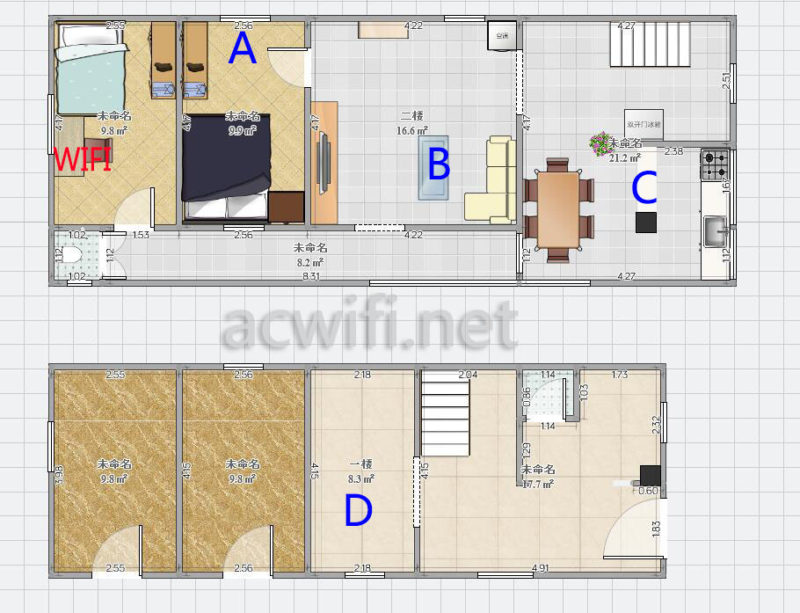 Here, I'll try a new typesetting method, put the speed measurement and signal comparison on the same picture, and read some in this way. Again, the ultimate goal of WiFi is speed and stability, not just signal strength. Xiaomi 5 mobile phone is used for speed measurement. The software is the Speedtest mobile app that many friends are using. The broadband is 100m. Because of the 100m speed limit of the port, the network speed will not exceed 100m. Measure the speed 6 times respectively, take the average value as the comparison value, and the data will be listed for reference.

The figure above shows the location of point B, the result is similar to point a, but the 2.4G performance of ws831 is really poor, which is much slower than that of fexcel K2. 5g is about the same.

At point C above, the wireless signal is still strong at 2.4G of Fex K2, and the network speed of 2.4G is still fast at K2. 5g of both can be achieved, but when measuring the speed, the WiFi connection will be disconnected, so there is no speed measurement data. All are 0, the 5g signal ability of Xiaomi 5 is weak.

Above is point D, the location downstairs. Both 5g WiFi can't be connected. Although the WiFi name can be seen in the mobile wifi list, it can't be connected, so it's all represented by a fork. On the 2.4G signal, the difference between the two is not big, and the wireless intensity is very similar. However, the average value of the two is almost the same when the real network speed is measured. It seems that glory router's PCB antenna is conducive to the coverage between the upper and lower floors.

Mobile phones can't measure the speed of their 5g WiFi, and they are reluctant to do so. Then use a desktop computer to measure the speed. The receiving ability of the wireless network card of the desktop is better than that of the WiFi of the mobile phone. The LAN file transmission test is carried out with Asustek pce-ac88 wireless network card at 2.4G and 5g respectively, and the results are as follows:

Huawei's glorious route premium version ws831, 2.4G signal is very common, even poor. During the speed measurement, 2.4G will be disconnected and 5g will be connected. The 5g performance of ws831 is fairly good. The only advantage is its USB interface, although the speed is not high, which is similar to the speed of Xiaomi route 3, it can also download quickly. Although the download speed is not high, it is better than nothing.